Sunday, I had nowhere to be. Nothing to do. I did have a means of transportation, so I set out with my journal/daybook on a sunny day with temps in the low 70’s. It’d been four or five years since I’d spent any time in NoDa. I began at the headwaters of now-entrenched art district: South Davidson Street. After tooling north along Davidson, traffic began to build and slow. 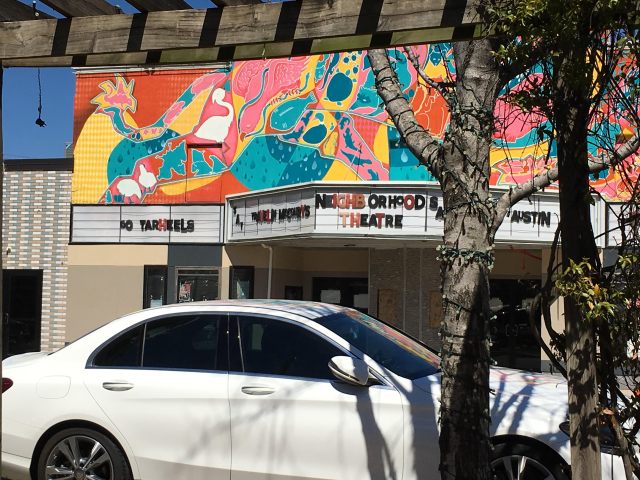 The Smelly Cat view of the Neighborhood Theatre

Outside, coffee in hand, I took a table across from the Neighborhood Theatre, where I’ve seen some fine bands. The building is a show itself: colorful, entertaining. Passer-by made people-watching engrossing when I wasn’t busy writing. I took pictures. I took an afternoon that I would otherwise have spent grading and turned it into a mini-walkabout. The rest can wait, I reasoned. And it did, just fine.

Father. Husband. Writer. Teacher. Outdoorsperson. And something else... Forgetful?
View all posts by Malcolm W Campbell →
This entry was posted in Uncategorized. Bookmark the permalink.